When I was a 3th-grade student, I knew of “poverty” when I donated my old clothes for underprivileged children in winter. Three years later, I experienced “inequality” after realizing that my friends’ struggled to afford middle-school education while I wasn’t.

The line between poverty and Inequality is challenging to determine. A poor individual is identified when they don’t have enough financial resources to meet their basic needs. On the other hand, Inequality exists when there are gaps between what a person owns and what another human being owns.

So, how do I draw the line between “Poverty” and “Inequality”? I started by defining the two critical terms as below

Poverty is a term for people experiencing a lack of basic needs such as money, food, education, etc. This concept is studied within the economic, social as well as political fields for years. There are two main types of poverty: absolute and relative.

Take Yemen as an example; their citizens have faced severe economic problems, unemployment, and shortages of medical resources after the intense civil war started in 2014. While we are social distancing at home due to the COVID-19 pandemic with substantial food, Internet connection, and online work/ education, people living in Yemen are struggling only to live. Their situation is a clear example of absolute poverty – lack of necessities.

When a family receives 50% less than the average household income, they suffer from relative poverty. They cannot afford anything other than necessities; they cannot afford extras vacations or university education. The government can change this type of poverty throughout the ups and downs of the economy.

According to the Cambridge Dictionary, Inequality is defined as “the unfair situation in society when some people have more opportunities, money, etc. than other people.” The uneven distribution of resources among human beings in a country is mainly studied via sociology.

How did I realize my family is suffering from Inequality instead of Poverty?

When I started my US college admission preparation this summer, I’ve got the chance to take a closer look at my family’s financial situation. My extracurricular activities and standardized tests scores are pretty good.

However, my school list consisted of many safe schools (a school with a low ranking or a school I’m confident that I can get in) because we cannot pay the full tuition and living expenses. There are schools that I’m sure I exceeded their average academic requirement, but I couldn’t apply to those schools because they don’t offer any financial aid to international students.

For the first time in my life, I realized that money does affect our opportunities to get a better education.

I needed to work extra hard on my school work, more than any kids whose parents donated millions of dollars to their college. As time passed, my social circle was expanded, and I got the chance to talk to many students from expensive high schools whose parents paid a lot of money for their education.

The only thing these students worried about was their academic achievements. Mine was different. I had to take into account my family’s financial situation too.

The more I knew kids with higher social status than mine, the poorer I felt.

I kept that mindset for a long time before that particular small chat with Hieu from another city. Hieu told me how his family struggled to get enough money for a high school education.

He planned not to get a bachelor’s degree but instead to get a job. When he has earned enough money, he will continue studying. Weeks later, I was packing my old clothes for a volunteer program for underprivileged kids in highlands when I remembered how my mom had bought me new clothes regularly.

At that moment, I understood that I couldn’t be counted as “below the poverty line.” I was luckier than many people, and many others are luckier than me. That’s Inequality.

Economists use the Lorenz curve to measure income inequality in a country. The larger the A area is, the more Inequality that nation’s economy is suffering from. 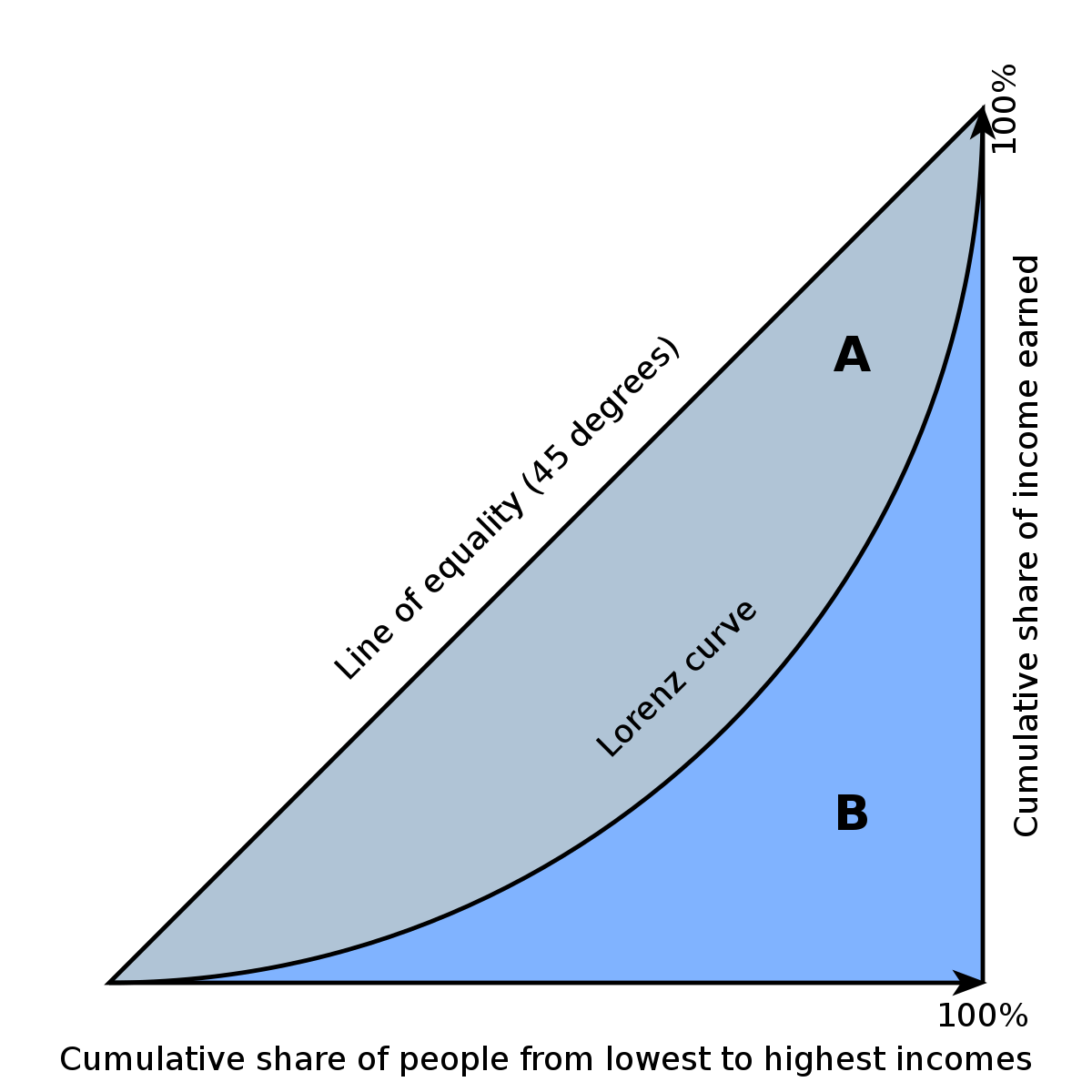 On the other hand, it takes a lot more steps to measure “poverty.” Each country has its own average living cost and population.

I might be middle class in Vietnam; however, I would need to work multiple jobs in the US because America has higher living expenses with high tax rates. Economists depend on that aspects to determine the poverty line of the nation. People who have their income below that line would be considered poor.

Overall, poverty is when we aren’t able to afford our basic needs and inequality is the uneven distribution of resources and income.

There are multiple organizations that aim to provide support for underprivileged children. At Project-Sprouts, it is our strong belief that education is the key solution to help students rise out of poverty. Based in Hanoi, Vietnam, we are motivated to help needy people. Everyone deserves the opportunity to have a good education. If you also want to make an impact, we would love to have you join us in “helping poor kids grow.”

Opium Drugs and Poverty In The Hill Tribes Of North Vietnam

Quynh Tram is a high school student who is interested in Economics, Sociology, and Psychology. She reads a lot and can spend hours discussing a particular topic without getting tired (unless you interrupt her mealtime).